Isaac Newton said “If I have seen further, it is by standing on the shoulders of giants”

It is not new to know that an individual achieves more when he or she is receiving tutelage from a greater source.
One of the greatest assets people have at their disposal is human resources. The use of human resources to achieve feats cannot be overemphasized. No man is an island of knowledge. You may not be fully knowledgeable about all things in your field but you can leverage on the knowledge of others.
In every field, there are giants. There are people who already have vast experience and knowledge in that field. You may not wait to have such experience they have but you can synchronize their knowledge with your own resourcefulness. Learn from knowledgeable and experienced people around you. Learn from their mistakes and successes. Ask questions. Observe. Read. Acquire knowledge. Write down the lessons you learn. Find mentors. Organize and use this acquired knowledge properly. Grow your own knowledge base from that of others. Annexing your uniqueness to other’s knowledge will catapult you far.

Henry Ford, who had but little ‘schooling’, was called ‘an ignorant pacifist’ by a Chicago newspaper during the World War I. He brought a suit against the paper for libelling him. The suit was tried in court and he was was asked a variety of questions by the paper’s attorney to prove that he was, in the main, ignorant. In response to a particular offensive question, he said that he could summon to his aid people who can answer any question he desires to ask concerning the business to which he is devoting most of his efforts. What a logical response. Through the assistance of his ‘Master Mind’ group, Henry Ford had at his command all the specialized knowledge he needed to enable him become one of the wealthiest men in America. (Culled from Think and Grow Rich by Napoleon Hill)
You can’t learn enough. Even when you think you know so much, still probe further to learn. You can’t know it all neither can you go far by trusting in your knowledge alone. Learning from others in your field puts you at an edge. Learning takes you far! Continually journey that path!
To your financial independence and freedom!
We believe in you!
Originally posted on May 7th 2018 on www.thefinancialliterate.wordpress.com (A previous version of The Financial Literate)
Riding on Giant’s Wings

The Power of Giving 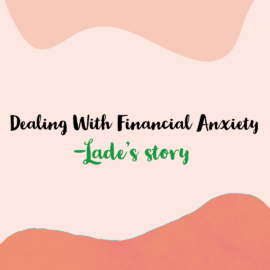