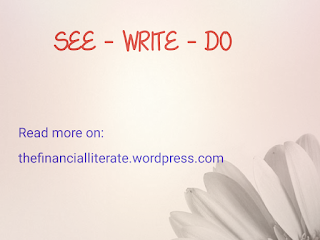 Imagination is a gift every one has but only realistic plans make them realistic. Sometime ago, I had a great imagination about a particular achievement. As a person given to great imagination, I woke up each day with enthusiasm expecting the beautiful picture to appear from the blue. Time went by, time went by, nothing happened and my enthusiasm began to sag. Boy! It really went down. The beautiful picture wasn’t appearing. Things were still the same. Then, reality dawned on me and I began to do the needful. I began to take logical steps to achieve this imagination. At that moment, things began to fall in place and I saw this Imagination realizing itself.

That’s also what happens when we dream, of that big company, those high net-worth investments or any other great achievement. It doesn’t happen without you taking logical steps. Yes, it’s great to dream but those dreams become nothing without logical steps accompanying them.

So here’s a more practical way of achieving that great imagination, it’s what I call the See – Write – Do approach. It’s what worked for me and it is still working.This article edition will however only focus on the SEE part. Subsequent articles would cover the other parts.

The SEE part which is visualization has been taught as a magical, vague way to dream yourself to your goal. Those who teach them urge people to visualize the perfect outcome — the high-paying job, a dream house, a great body etc. — but dreaming alone doesn’t realize it. You need to figure out logical steps needed to get you to that dream and visualize them also. You need to visualize the steps alongside the dream.
Logical visualizations like that prepare your mind to accomplish the steps that will lead to that great achievement. Just visualizing the goal won’t get you anywhere. You won’t magically end up owning your own company just by picturing the end goal. You’ve got to condition your mind to do the steps that will take you there, and visualization is one way to do that.

So, when visualizing that great achievement, visualize also the steps needed to realize it!

It doesn’t end here… Watch out for the continued part next week Monday. Don’t forget to like and share if you have been inspired.

To submit articles, make a complaint or a suggestion, kindly contact me on pelumi2oluwagbemi@yahoo.com

Originally posted on March 5th 2018 on www.thefinancialliterate.wordpress.com (A previous version of The Financial Literate) 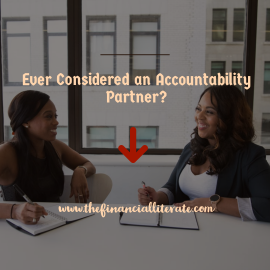 Ever Considered an Accountability Partner? 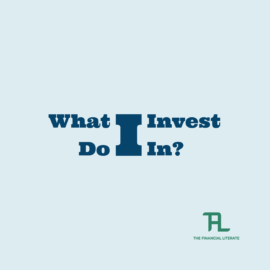 What Do I Invest In?

5 Money Lessons You Should Know