Hello Readers,
Glad to be on another edition of The Financial Literate. I know we’ve all read posts on positive thinking at different times. However, let me add a little more on it.
So, I read a post last week saying “Expectation is the root of all heartache”. Well, I’ll say “Unbalanced Expectation is the root of all heartache”. Many have been in the place of expectations a lot of time and have seen their expectations come unfulfilled. This has discouraged them from expecting again cos they don’t want to be disappointed. Let me share this short story I read sometime ago.

From the time she was a little girl, Tara Holland dreamed of becoming Miss America. In 1994, she entered the Miss Florida pageant and won the title of the first runner up. She tried again the following year and again won the prize of the first runner up. Instead of giving up, she went on and rented hundreds of videos of various pageants and watched them over and over again. As she watched each young woman crowned a winner, she pictured herself in that situation. She decided to change our environment and moved to Kansas. In 1997, she contested for Miss Kansas pageant and won the title. That same year, she went on to be crowned Miss America.
After the pageant, a reporter asked her if she was nervous walking down the runway to be crowned in front of millions of people and her response was “You see, I had walked down that runway thousands of times before”

Interesting story right? She walked down the hallway that day physically for the first time but in her mind she has walked down it thousands of time without giving up. Your mind is the battle field. Once you lose in your mind, you’ve also lost in the physical. So, a lot of times when you want to give up expecting, remind yourself that if you lose this battle in your mind, you will also lose it in the physical.

“Once you lose the battle in your mind, you’ve also lost in the physical”

Whether it’s that dream business that doesn’t seem to come through or it’s that financial goal that is not coming real or any other goal that is not forthcoming. Don’t be discouraged to imagine and expect it. Refuse to lose. Keep your eyes focused on the goal. Persist till you succeed.

The interesting part is that consistent positive thinking will continually bring practical ideas and actions on making that dream a reality. Positive thinking leads to positive actions.
However, make your expectations balanced. Your dreams may not come at the time you want it, so leave room for patience.
We believe in you!
To your financial independence and freedom
Originally posted on July 30th 2018 on www.thefinancialliterate.wordpress.com (A previous version of The Financial Literate)
A Little More on Positive Thinking 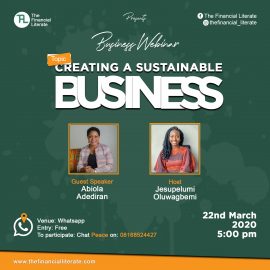 Insights from our Business Webinar 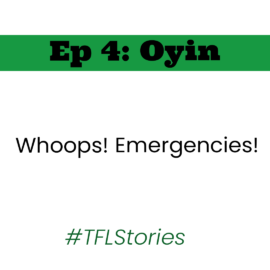 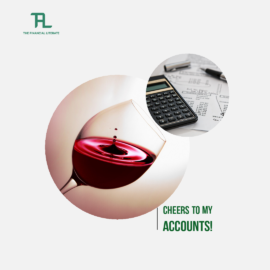