I am beginning today’s post with a short riddle.

How much did he lose that day?

This riddle bears a little resemblance with our finance goals. It is very good to set money/finance goals; they give us direction. They set the energy in motion; they help us see the end-result which motivates us. However, after meeting your goals, what next? There is a tendency to relax on your habits since your goal has already been met. This makes your goal fulfilment a (kind of) fake reward.

Let me give an example. Assuming a person has a goal of meeting a savings goal of N100,000. After this goal has been met, the person has a high tendency of relaxing his savings habit. He/she has met his/her goal and hence is not motivated to continue with the savings habits that led to the fulfilment of the goal.

While goals are good, we need consistency to keep us constantly improving our finances. Consistency of effective habits (with or without your goals) is key in our finance journeys. So, when next you set a goal and you meet it, celebrate that win (it is a product of discipline); your next step should be to give yourself a higher (but realistic goal). This helps you remain consistent with your effective habits.

What goals have you met? How are you updating the goal to a higher bar?

To your financial independence and freedom!

After the Goal, What Next?

The Power of Giving 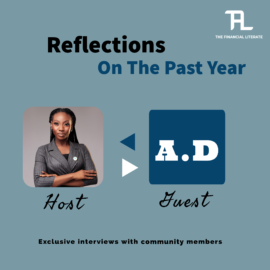