Lade couldn’t place a finger on what caused her uneasiness, but she knew anytime she thought about the numerous bills and expenses she had to pay for in the months to come, she developed a form of anxiety. What baffled her the most was the fact that she earned a good income, so, she couldn’t understand why she was feeling so apprehensive.

In a bid to clear out her uneasiness, she began to write things out in her jotter. She listed her total expected bills and expenses for the next three months (which covered the period she was anxious about). She also listed out the dates when she would need to make these payments.

On another page, she listed out her expected income for the same period. Now she had her expected income and expenses, and she could do the maths. In doing this, she also found a way of reducing the allocations to some expenses (where she could). She also decided to move some expenses that were not urgent to later months so that her income for that period would not be choked with so many expenses. After this, she came up with a plan to meet her expected expenses.

Unbelievably, she became relieved! She marvelled at the how such a simple step could bring back her peace of mind. Funnily, her income did cover her expected expenses and it only made her wonder why she was dreading her future financial position. “Oh, the dangers of financial anxiety!” she thought.

Enough about Lade! Financial anxiety is real, and it expresses itself in different forms. It is also caused by different triggers.

Dreading our financial positions, especially in periods when we have numerous expenses, can build anxiety in us. One good way of dealing with this is WRITING OUT A PLAN. When you feel you are prepared for your expenses, you feel more confident with your finances.

To your financial independence and freedom 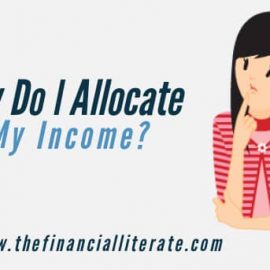 One thought on “Dealing With Financial Anxiety- Lade’s Story”